1: To run a simulation job, simply click on the job name and select the Run Simulation button: 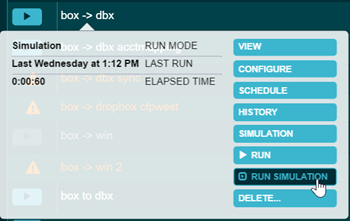 A Simulation job is an actual job and, while it doesn’t transfer any data, it uses POP resources.  The usual rules apply where you should only run one job at a time for any given POP(s). 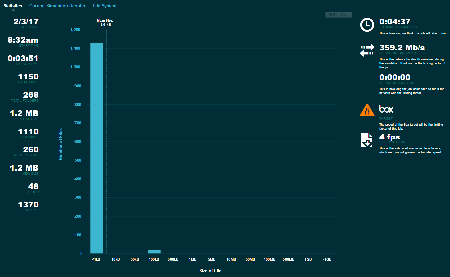 Or click Current Simulation Results to view a report of the files tagged for transfer: 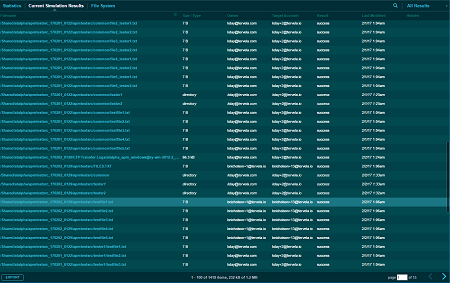 This is also useful for account mapping, where you can view which accounts your files will go to.  To filter results, click the All Results menu and select a subset of your files and directories.  You can also click the magnifying glass to filter your results further.  Additional information on filters is available at Job History Filters.

Click the Export button in the lower left corner to download an .xlsx file of your sim run. The Translated File Name column on the far right of the spreadsheet will show you the precise path for your data on the target.

1: See Defining Paths for Your Data for an introduction on how target paths are determined.  Other factors influencing target path structure are listed below.

This ensures that the two ‘Documents’ folders from the two source owners remain separated, and their contents aren’t mixed together in one folder.  Namespacing applies to any two or more accounts that are sent to a common destination within the same job, i.e., CFP will namespace even if there are not foldernames in common between the two accounts.

By default, namespaced folders created on the target are labeled with the user name from the source.  If the user name is not available, email will be used.

What Errors are Not Reported on Simulations?

Some errors are not reported on simulations: